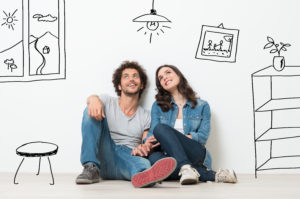 If your income is above the median income for your state, then it’s likely you already know that you’ll have to pass the “means test” if you want to file chapter 7.  Congress put the means test into the bankruptcy law in 2005, presumably to induce more bankruptcy debtors to file debt-repayment chapter 13 cases rather than debt-discharge chapter 7 cases.

The good news is that most persons who are subject to the means test pass it with flying colors.  However, even if you “fail” the bankruptcy means test, and accordingly are required to file chapter 13, there’s still some good news: the U.S. Supreme Court ruled in Hamilton v. Lanning, 130 S. Ct. 2464 (2010), that the means test doesn’t dictate the payment level in a chapter 13 case.

This means that in chapter 13, the means test is effectively a dead letter, and the amount of your monthly chapter 13 plan payments is determined by your actual budget, according to how much you can pay after paying for all your monthly living expenses.  That’s right, your chapter 13 payment consists only of the money you don’t need to live on.

Go back and read the above paragraph again if you were thinking that the means test would push you into an unaffordably high monthly chapter 13 payment.  For the sixty months you are typically in a chapter 13, all you pay into your plan is what you can reasonably afford to pay.  And at the end, all the remaining balances on your debts are discharged, just as in chapter 7, except for the debts the bankruptcy law says are nondischargeable, such as student loans, child support and a few others.

Thanks to the Supreme Court’s ruling in Hamilton v. Lanning, the means test is never a reason that you can’t file bankruptcy under chapter 13.

Posted in Chapter 13
← Remember, There are Two Kinds of Short SalesFHA Says You Can Qualify for a Mortgage Two Years After Filing Bankruptcy →