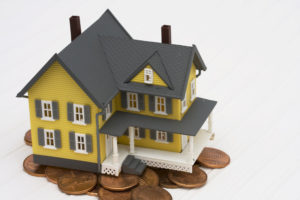 This ruling by Judge Ridgeway, In re Johnson, No. 13-41370 (Bky. D. Minn. Sept. 11, 2013), held that Minnesota property tax refunds are “government assistance based upon need” pursuant to Minnesota Statues Section 550.37, subd. 14.  Therefore, like social security, unemployment and other government assistance, property tax refunds are exempt from the chapter 7 bankruptcy estate.

This ruling is especially gratifying because trustees have taking the current year’s property tax refund from chapter 7 debtors for years.  Because the decision is published, it has precedential value for the entire federal court district of Minnesota.

The trustee immediately filed a notice of appeal to the Eighth Circuit Bankruptcy Appellate Panel.

This litigation was part of a collaboration between Craig Andresen and Minneapolis attorney Michael Davey, aimed toward shaping the case law to provide for this exemption.  In a separate case undertaken by Mr. Davey, Minnesota Bankruptcy Judge Constantine similarly ruled that property tax refunds are exempt.  Judge Constantine’s ruling was issued the very next day, September 12, 2013.

This means that three of Minnesota’s four bankruptcy judges have ruled that property tax refunds are protected by section 550.37, subd. 14.  The next development will likely occur when the appeals court hears the matter this winter.  [The Bankruptcy Appellate Panel reversed this ruling in 2014.  Anoka attorney Tim Theisen has appealed a case involving the same issue to a different panel of the appeals court.  Briefs were filed in February 2017.]